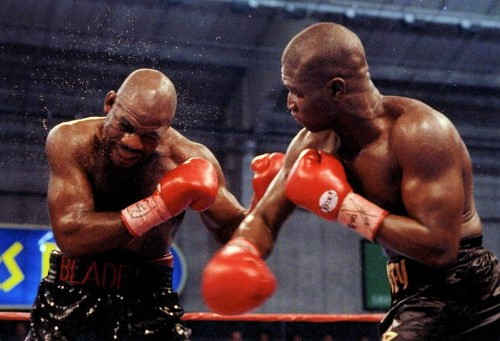 I recently highlighted the counter punching brilliancy of Juan Manuel Marquez. Within that entry, I mentioned how such skill can only be developed through repeated practice. Aspiring counter punchers must constantly hone their craft through mitt work, partner drills, and sparring. It’s not enough to simply practice what you already know however. It’s equally important to expand your arsenal by studying the great fighters who came before you. One defensive boxing master who is worthy of a look is former world champion James Toney.

When I mention James Toney to young boxers, many respond by asking if that’s the guy who fought Randy Couture in the UFC. Unfortunately, he is the same guy, but that’s not the James Toney who should be studied and remembered. What Toney did in 2010 is irrelevant when examining his boxing brilliance.

The video below highlights some of the defensive mastery that Toney displayed throughout his career.

Regrettably, James Toney’s masterful boxing doesn’t always get the attention it deserves. More recently, he’s seen as someone who continues to fight well past his prime. He’s also remembered for weight problems and fighting above his natural weight class. Even the brief video above features several versions of Toney. For instance, he can be seen fighting Michael Nunn at 157 pounds at approximately the 45 second mark. Eight minutes later, he can be seen fighting John Ruiz as a heavyweight at over 230 pounds.

Ironically, Toney’s weight problems in some ways highlight his defensive brilliance. Even when he was out of shape, he could stay in the pocket with limited footwork and remain incredibly elusive. He expended minimal energy with his shoulder roll, head movement, and pinpoint counter punching. Without these skills, he would have never been able to compete in so many weight classes without being stopped.

The key therefore is to focus on Toney’s skills rather than his weight. There are countless displays of brilliant defense and counter punching throughout his career. Perhaps my favorite example comes from his 1993 world title fight against Iran Barkley. Throughout that bout, Toney put on a clinic until Barkley’s corner finally called a halt to the action after the 9th round.

The full fight can be seen below:

Unfortunately, many will point out that Toney’s old school defense is no longer being taught. The real problem however is that many of today’s young fighters and trainers don’t invest any time into studying old film. It is mind boggling to me that anyone who is serious about the sport wouldn’t spend more time studying past greats.

As I’ve mentioned before, legendary trainers like Cus D’Amato required that his pupils studied film on a regular basis. And they did so without the technology that is available today. Cus developed Mike Tyson before it was possible to browse the web. He didn’t have the luxury of looking up historic fights on YouTube in a matter of seconds.

We are spoiled in the sense that we can instantly access thousands of rounds of boxing. Therefore, with today’s technology, it’s actually deplorable that techniques from those such as James Toney are becoming lost and forgotten.

Don’t Watch as a Fan

When studying footage such as that above, it’s important to watch with a technical eye. Don’t simply watch as a fan. So much can be learned by critically examining each round. As I’ve discussed previously, I prefer to download fights from YouTube so that I can study them more closely in a video editing program. Doing so allows me to stop, rewind, and replay specific frames.

For example, we can use either video from above to analyze a brilliant right hand counter that Toney used throughout his career. Refer to approximately the 3:00 mark in the highlight video or 17:25 in the full fight. You’ll see how the perfectly executed right hand dislodges Barkley’s mouthpiece.

The images below show just how subtle Toney’s movement is when avoiding and then countering the incoming jab. 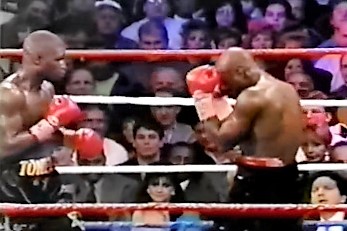 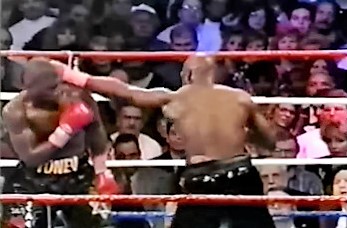 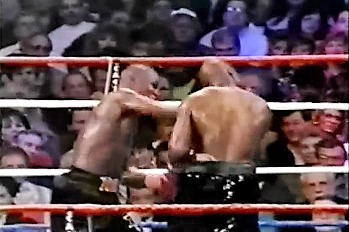 Clearly, the right hand counter is just one example of Toney’s excellence. The Barkley fight is filled with additional examples of his shoulder roll, head movement, and pinpoint counter punching accuracy. And to no surprise, you’ll see similar skills on display when examining other fights throughout Toney’s career.

One of my favorites was Toney’s first fight with Mike McCallum. It’s definitely a classic that is worthy of a close study (both fighters). As for later displays in Toney’s career, his bout against Vassily Jirov is another classic. I was fortunate to be ringside at that fight. It makes for a great study, particularly to see how Toney’s defense adjusts against a southpaw.

In summary, there is no reason for old school techniques to become lost in the archives. Modern fighters can and should continue to learn from past greats like James Toney. Doing so starts by meticulously studying the ample footage that is freely available to all. It won’t cost you a dollar. All that’s necessary is the time and desire to study and learn.

Perhaps that is what’s really missing today, more so than any particular technique. Many fighters and trainers today aren’t as dedicated to the craft as those who came up in previous eras. As I’ve said before, boxing isn’t a hobby. If you are serious about competing, you need to eat, sleep, and breathe boxing. It’s not just something you do. It becomes who you are.