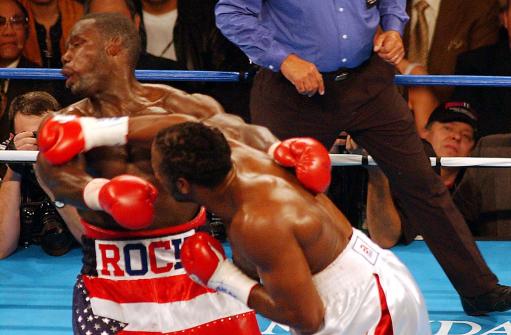 Boxers train to win. You’ll never find a serious fighter who hopes to lose. Yet despite the obvious thirst to win, many of the best lessons come from losing. Boxers in particular tend to learn more from a loss than other athletes. Unlike traditional sports, boxing rarely involves frequent competition. It’s not like playing a double header in baseball where you might lose in the morning but win at night. When a boxer loses, he may have several weeks or months before he fights again. That’s a long time to analyze what went wrong. No fighter ever wants to be in that position however. The goal is to win. Therefore, fighters shouldn’t wait to lose before striving to improve. It is just as important to learn from a win as it from a loss.

The Early Development of a Pro Boxer

Professional boxing is unique from other sports. There aren’t defined seasons or concrete schedules that are created in advance. Instead, a boxer relies on his team to guide his career appropriately. For instance, a young professional boxer’s manager, promoter, and/or trainer strive to select one suitable opponent at a time. Opponents are chosen with hopes that they will provide some resistance, but they are expected to lose.

No one wants to get their own prospect beat early in his career. Instead, the boxer’s team hopes to improve and develop their fighter with each bout. The ultimate goal is that the matchmaking will eventually prepare their prospect for higher profile fights. If and when that time comes, the boxer has hopefully seen enough through his early bouts to step up and overcome the more difficult challenges that lie ahead.

Although individual circumstances may vary, most young prospects follow a similar path. Casual fans may not be aware of the early matchmaking process, but anyone who has been involved in the sport is cognizant of this model. It’s no secret that you aren’t trying to get your own fighter beat. Early on, the boxer’s team tries to balance development with their fighter’s ability to win. They shouldn’t seek out easy fights, but they also shouldn’t throw the young fighter to the wolves. Each bout should provide a step up in competition as the team determines what their boxer is capable of achieving.

Don’t Be Blinded By Praise

Clearly, I am stating the obvious by saying that a young prospect is supposed to win his early bouts. Boxing has an A side and a B side and everyone from the judges, to the referee, to the actual opponent knows who is on each side.  Unfortunately, many young boxers become blinded by praise and tend to forget that they were supposed to beat their early opponents.

“Sweet words are like honey, a little may refresh, but too much gluts the stomach.” – Anne Bradstreet

I couldn’t tell you how many times I have seen a young boxer exit the ring and immediately be surrounded by friends and family who believe he is the next pound for pound king. These individuals usually aren’t aware of the matchmaking process and almost always view the boxer through a biased lens. They only see the dominant victory as a fan, friend, or family member. They don’t realize that the opponent was never supposed to win. And I don’t say this to minimize the effort of any boxer, but instead to remind young fighters that they cannot be blinded by praise.

As stated above, many of the best lessons are learned after a loss. It is human nature to try and fix something that is broken. If you lose, you will naturally want to correct whatever went wrong. When a boxer is winning however, he might be inclined to overlook certain pieces that are still broken or in need of improvement. Winning can cloud a fighter’s judgement. One of the worst things that can happen to a young prospect is to get caught up in his own hype.

I am not writing this entry to rain on any young boxer’s early success. I am simply reminding boxers to maintain the hunger that they had as amateurs. It is extremely important for a boxer to improve with each bout. And this means not just analyzing the bout itself, but also the preparations that took place beforehand. Great athletes tend to be critical of themselves. Yes, they are confident, but they also believe that they can do better. They are never satisfied.

With that in mind, all boxers and trainers should carefully analyze their most recent training camp and bout. This self evaluation should take place shortly after fighting. Don’t let weeks pass as you’ll be more apt to forget certain bumps in the road.

For example, I have personally seen fighters who struggled to make weight during camp. Unfortunately, those struggles tend to be forgotten if the boxer goes on to win. As a result, weight problems become a habit rather than an issue that was identified and corrected. Early on, a talented boxer can often get away with weight problems when fighting opponents in shorter bouts. If those issues are never rectified however, problems can arise when that boxer is taken into deep water against a more experienced opponent. I hate to see a boxer lose not because he wasn’t good enough, but because he developed a false sense of confidence and never achieved his true potential.

In summary, it is always fun to win, but it is also important to learn from each bout. Win, lose, or draw, there’s always something to improve. There’s no such thing as a perfect fighter. Therefore, don’t revel too much on past accomplishments. Instead, focus on continuous improvement. Being critical of yourself doesn’t mean you lack confidence. It simply means that you are serious about improving.

Becoming successful should not be viewed as an end point. Great athletes stay successful by remembering what it took to become successful. They never let up and they never settle. It isn’t always fun and it certainly isn’t easy, but then again, no one said it would be.