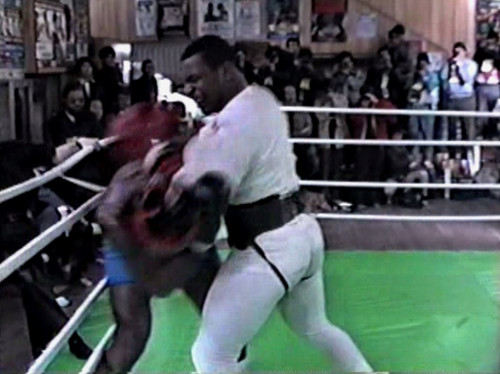 Speaking as a boxing trainer, I’ve always believed in honesty when describing the nature of the sport. It doesn’t benefit anyone to ignore the risks that each fighter faces when stepping into the ring. As I’ve said before, boxing isn’t for everyone. It is a difficult sport that can be brutal, dangerous, and even potentially fatal. With that in mind, it’s important that a boxer works with a trainer who isn’t just there to teach, but also to watch over the fighter’s safety. And that doesn’t just mean picking the right bouts. Good trainers also watch over their fighters to ensure that they don’t leave their best work (and health) in the gym.

Considering the inherent risks of the sport, it’s not surprising that I receive so many questions about sparring. For example, it’s rare that a week passes without someone asking for my opinion on sparring intensity. In other words, how hard should boxers spar? Should they throw punches as if they were in a real bout, or should the sparring sessions be more controlled?

Unfortunately, there isn’t a simple or single answer to such questions. Several factors must be considered to determine the ideal sparring intensity for a boxer. What makes sense for a beginner is often entirely different from what makes sense for the seasoned professional who is preparing to fight.

One of the keys to determining sparring intensity is to first recognize that boxing is an individual sport. No two boxers are the same so decisions must be made that consider the uniqueness of each individual. For instance, a beginner to the sport does not have the skill or confidence to protect himself from incoming punches that are thrown with bad intentions.

Therefore, the beginner should spar at a controlled pace so that he’s able to learn without taking unnecessary punishment. Often times that means putting the beginner in with a more seasoned boxer who knows how to work under control. The more experienced boxer can practice defense while occasionally keeping the beginner honest with lighter shots.

Conversely, if you put two beginners in the ring together, it’s not unusual for war to break out as soon as the first legitimate punch is landed. Beginners typically lack the skill and composure that is necessary to work under control. Once they are hit with a clean shot, instinct takes over and they begin to throw everything with reckless abandon. Such work doesn’t benefit anyone and is an easy way to kill a beginner’s confidence.

Naturally, as a boxer gains experience, he will eventually need to increase his sparring intensity. This becomes increasingly true as the boxer continues to fight at a higher level. A perfect example of this approach is discussed through the video below.

The legendary Cus D’Amato was obviously a fan of hard sparring. That doesn’t mean pros should spar hard all the time, but there’s certainly a need when preparing for an upcoming bout. It’s virtually impossible to get in true “fight shape” without hard sparring. Sparring isn’t just a skill building activity. It’s also critical to a boxer’s conditioning. The boxer must condition himself to fight hard each round. There is no better way to accomplish this goal than through sparring. All of the bag work and running in the world won’t take the place of good sparring.

While hard sparring is certainly important at times, it doesn’t come without risks. Thus, a good trainer will always keep a close eye on his boxer to ensure that he isn’t taking too many punches. Smart work in the gym is just as important as hard work. There’s nothing macho about taking punishment.

No fighter wants to be remembered for a gym war. The work that takes place in the gym is only useful if it helps the fighter perform a higher level. Unfortunately, there’s always a fine line between too much and not enough, which once again highlights the importance of working with an experienced trainer. It’s the trainer that should decide who, when, and how hard the fighter spars. If a boxer can’t trust the guidance of his trainer, he’s either in the wrong sport or needs to find a new trainer.